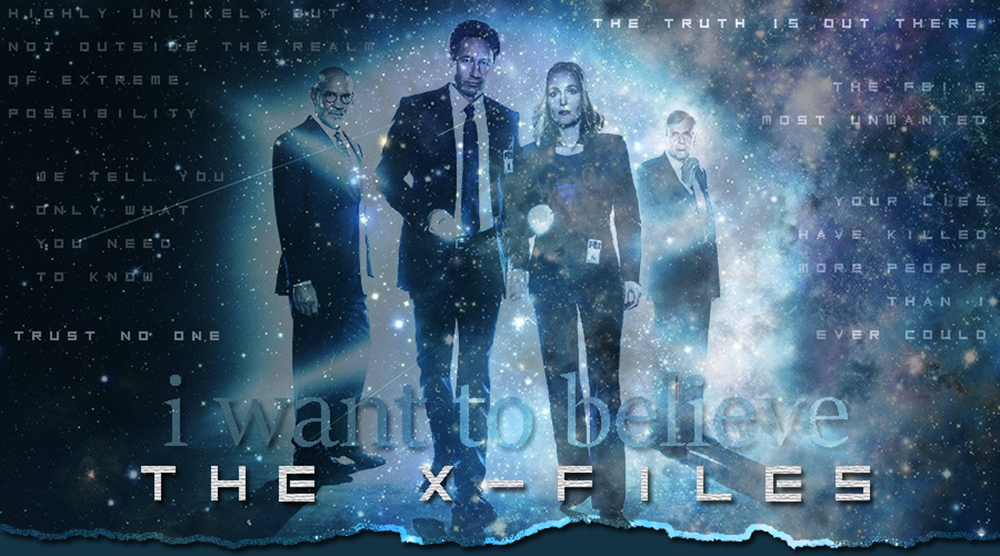 The X-Files is a paranormal series that aired on Fox from 1993-2002 and aired a reboot of six episodes in 2016. The show stars David Duchovny as Agent Fox Mulder and Gillian Anderson as Agent Dana Scully. The show centers around the investigations of paranormal and unexplained cases that the FBI has labeled an X-File. Agents Mulder (the believer) and Scully (the skeptic) investigate these cases and also learn about a larger conspiracy.

The agents solve "monster of the week" type cases and also work on larger cases that spread across episodes/seasons. These larger cases often tie in to Mulder's belief in extraterrestrial life and the abduction of his sister as a child, which he witnessed. Scully is tested in her science and faith, but comes to believe in the paranormal phenomenon that she witnesses first hand. But she is very rooted in science and trusts her knowledge as well.

This was one of my favorite shows when it first aired. I remember being excited every Friday to view another episode. Even then, I felt this show brought something to television that was lacking. I liked seeing two intelligent characters solving cases and delving into the unknown.