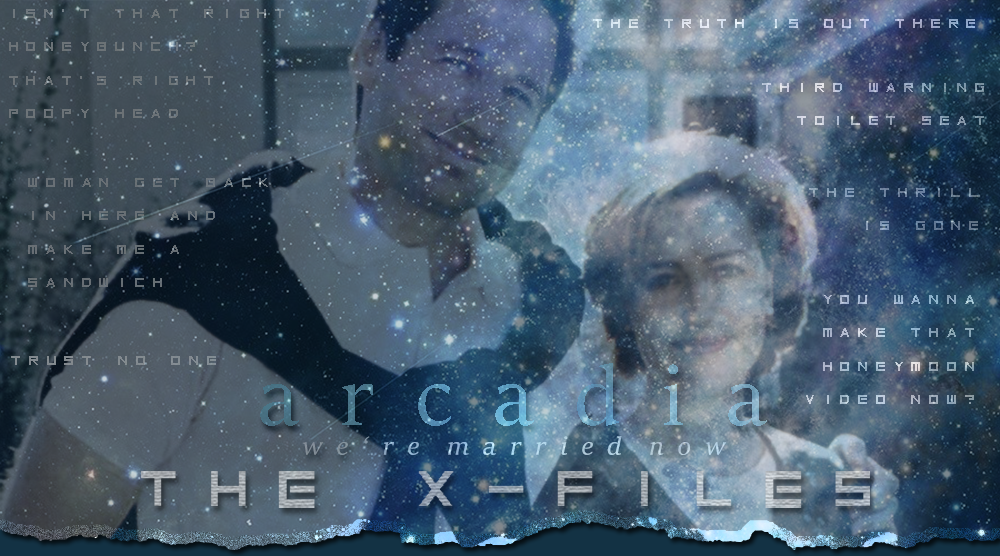 Arcadia is one of the funniest episodes of The X-Files. In this episode we get to see Mulder and Scully play a married couple, Scott and Laura Petrie. They are going undercover to investigate several disappearances of couples from a gated community.

Upon their arrival at the community, they are greeted with eager neighbors who want to get them all moved in by the "cut-off" time. This is the first of many strict rules The "Petries" shall encounter (and push) during their stay.

Mulder and Scully begin their investigation with their new home, which is the suspected crime scene and home of the most recent couple to disappear. They discover that the house has been immaculately cleaned from top to bottom. They only find one little smudge of a blood-like substance that can be analyzed.

Eventually, the happy couple discover that the control and order desired by the homeowner's association president resulted in a summoning of a creature that hands out deadly punishments for breaking rules...