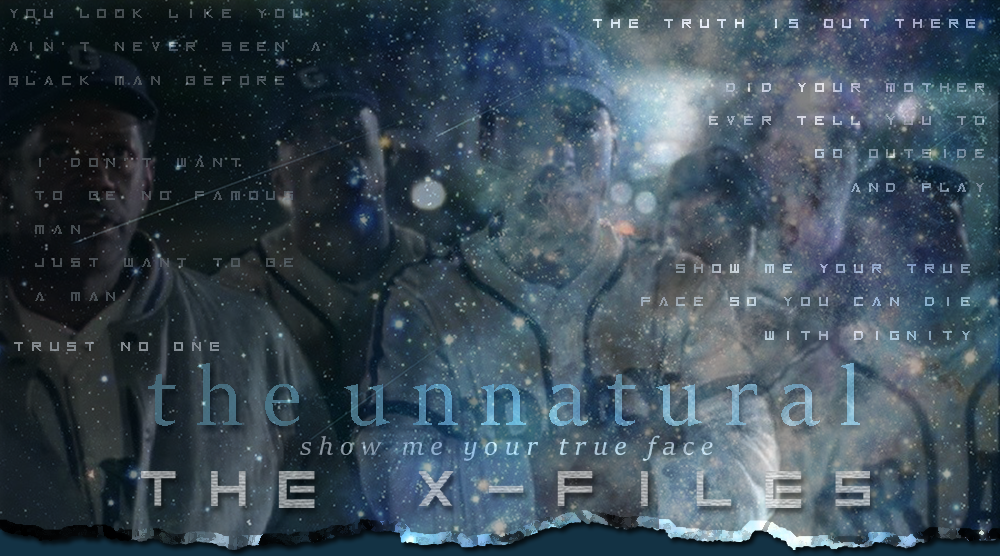 The Unnatural is one of the best episodes of The X-Files. It begins with Mulder investigating an old case after he sees an alien bounty hunter in an old photograph, while Scully would rather spend the day outside in great weather. However, upon meeting with a retired police officer named Arthur Dales, they learn of an incredible story of a man (who was not a man) but still truly was, and he loved baseball.

Arthur tells the story of his brother, also named Arthur, as a young police officer assigned to protect a black baseball player from the KKK. Josh Exley is a phenomenal player who is close to breaking professional league records, but he is black, so some people did not like that...

Arthur soon learns that Josh is not what he seems, and hears a fascinating tale of a man's quest for humanity and the love of a great game. He soon realizes that Josh is more human than some humans.

However, the bounty hunter finds his target, and Arthur is with Josh until the end, grieving for a man who was not a man, but truly was one anyway.